The first step towards democracy is the right of people to vote and elect a government of their choice. Pakistan has been experiencing a love-hate relationship with democracy. Still, with its third consecutive democratic Government, it seems like democracy has started to settle in the country.

However, it is still in its early times. Democracy has not evolved enough to penetrate its roots in the country and struggle with the masses to secure its place. Also, democracy cannot evolve to its fullest until it engages the masses and make amendments that support the democratic process. And one significant portion of these masses is overseas Pakistanis.

The biggest export of Pakistan is human resources as hundreds of thousands of people are settled abroad as overseas Pakistanis. They are the most significant source of foreign exchange in Pakistan and hold utmost importance for us. The current Government of Pakistan Tehreek-e-Insaaf, especially the premier Imran Khan, has acknowledged the fact many times in his speeches.

The premier has also admitted that overseas Pakistanis have contributed to keeping Pakistan afloat and have saved Pakistan many times from bankruptcy through their generous remittances. In addition, the PTI Government has been big on providing mandatory rights to overseas Pakistanis from their days of opposition. And one of them is the right to vote, which the PTI government had promised in their electoral manifesto of general elections of 2018.

There is no denying the fact that overseas Pakistanis constitute a notable population. And their significant contribution to the country’s economy makes them a considerable part of Pakistan. Therefore, the remittances overseas Pakistanis send to Pakistan eventually go into the national exchequer, and the sitting Government decides how it will be used or utilized for the betterment of the country. Considering the Government’s performance in these past years, Premier Imran Khan ensured to utilize the remittance funds in the country’s best interest. He also made thoughtful moral policies to make the improvements sustainable to bring the country on the right path. Prime Minister Imran Khan thinks overseas Pakistanis are the biggest asset to help the country move towards sustainable growth.

Another reason to use remittance for Pakistan’s betterment and growth is that the overseas Pakistanis could return and have a better environment and golden opportunities in their homeland. But sadly, the previous governments hardly even acknowledged them, let alone their contributions.

Yes, the Honourable President of Pakistan, Mr Arif Alvi, issued the Election Amendment Ordinance 2021 under Article 83 of the Constitution of Pakistan. The law allows overseas Pakistanis to show their interest by casting votes to the deserving parties in general elections and feel a part of their country while living/settling abroad. According to Prime Minister Imran Khan, giving overseas Pakistanis the right to vote while staying there is another way to make them feel like one of us and provide them with something meaningful against their generous contributions.

The overseas Pakistanis will be able to cast their e-vote as long as they hold a valid CNIC or register themselves in the NADRA by any means. However, opposition parties pay their concerns against the law. They believe that overseas Pakistanis should never have a right to vote since they do not follow any legal practices nor pay taxes. However, no law restricts anyone to cast their vote irrespective of their taxpaying concerns, especially when they are not utilizing any state services. So, it could be a pity obligation from the opposition party.

Besides, overseas voting has many benefits; one is linking them with the country, but it can invite many challenges. Financial, transparency, and other similar concerns require strategic planning to ensure smooth e-voting. Also, technological advancement is necessary for the country to fulfill the dream of e-voting until the upcoming general elections. But the Prime Minister Imran Khan still believes in his vision of turning Pakistan into a new and better direction. He always highlights in his speeches, “Do not be afraid of dreaming big.”, so implementing this idea and decision will not be easy for the country. Still, the Government is making all the necessary efforts in the technology, logistics, and other areas to ensure “Tabdeeli.”

However, the opposition parties do not seem to favour Imran Khan’s vision. Even though they are facing corruption cases, struggling to prove themselves loyal to the country. They are still poting fingers at the new developments of Pakistan despite knowing its long-term benefits.

Their target is defaming Imran Khan, using the unemployment, rising inflation, and undergoing economy of Pakistan, never realizing the Khan is working hard to overcome the issues they have left behind. 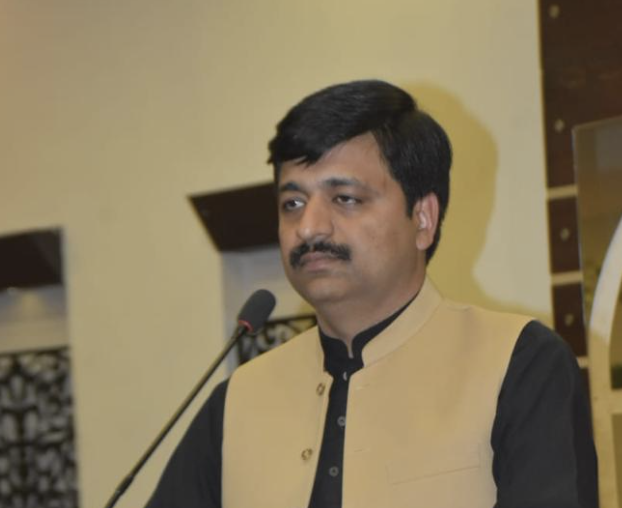 Chaudhry Aftab is the Focal Person to Chief Minister Punjab for Overseas Pakistanis.