To be a victim of a sexual offence in Pakistan is to face violation, again and again, every step of the way. The ordeal of victims of sexual trauma only begins with the offence as they are to be humiliated in the court of public opinion.

Victims especially those belonging to the lower middle class will also spend years in the court fighting for justice while reliving their trauma every single day as they are reminded that they themselves are somehow responsible for their fate. Pakistan has a problem and we need to accept it.

Pakistan’s troubles pertaining to crimes against women are rising at a staggering rate. Even though most of the cases of gender-based violence go unreported, surveys still suggest that Pakistan is the sixth most dangerous country in the world for women.

The situation is only worsening. Open up any of your social media accounts and it will be permeated with instances of crimes against women. What is alarming is that not only are the crimes increasing in numbers, the nature of these offences is getting grotesque with every passing incident more violent and more twisted than the previous one. While the motorway rape incident shook the nation to its core because of the heinous crime being committed in front of the victim’s children, there were many others that followed suit. Only days after the infamous rape incident, two men in a suburban area of Taunsa Sharif city raped a woman in front of her children.

Noor Mukkaddam’s brutal murder sent shock waves across Pakistan where everyone was stunned by the nature of the offence. However, the sparks ignited by numerous protests only made headway for a few days as now her family is protesting the delay in the trial. In these times of despair, one feels that all these women are now just being reduced to a hashtag.

While civil society feels outraged by these instances as shown by numerous protests carried out throughout the country by different organizations, the public outcry has not been as loud as one expected it to be. However violent, aggressive or vicious the crime is, a certain section of the society will be able to find the victim at fault. Do we all not remember statements like “why didn’t she take the safer route?” “What was Noor Mukkadam doing at Zahir Jaffer’s house?”

Most recently in response to the Minar-e-Pakistan incident, many voiced their concerns over the victim’s background of being a Tiktoker and questioned her presence on the site where supposedly only men are safe. One wonders how can such questions justify instances where women are raped and murdered within the sanctity of their own homes.

Things are only exasperated when those in authority tend to make statements that point the blame towards the victim. Our esteemed Prime Minister in an interview, aired by HBO, on June 20, said, “If a woman is wearing very few clothes it will have an impact on the man unless they are robots. It’s common sense.” In another instance he blamed the increasing use of mobile phones for the rise in sexual crimes committed in the country.

Such blatant shifts of blame are problematic on many levels. Firstly, it lays blame on everyone but the actual perpetrator, invoking almost a sense of understanding towards his actions. An obvious example of this mindset is the concept of “boys will be boys”. Secondly, it also places additional hurdles in the way of seeking justice for victims who are already burdened by the frail justice system in Pakistan.

Oftentimes I try to wrap my head around the idea of victim-blaming. How can anyone in their right frame of mind ever put an ounce of blame on someone who has suffered such massive trauma? While the roots of victim-blaming can be seen in the culture of misogyny, there are other theories that attempt to explain it. One such viewpoint is the “just world hypothesis”.

The idea behind this is that people deserve what happens to them. In simpler words, victims are held responsible for their own misfortune partially as a way to avoid thinking that something this unreasonable could happen to oneself. Another theory that explains victim blaming is the “hindsight bias”. This hindsight makes it seem like the victims of a crime should have been more aware and should have been able to predict and prevent the problem.

As much as research and theory try to explain victim-blaming, the fact remains that it is wrong. Anyone can be raped, murdered or hurt. More than 71 years ago the authors of the fundamental rights chapter of our Constitution ignored Article 16  of the Universal Declaration of Human Rights that upholds the right of both men and women to marry by choice and also provides for the equal rights of both spouses. Since then the situation has only been worsening for women.

Till earlier this year, Pakistan had not outlawed the controversial “two-finger test”. The test helped the authorities understand whether a victim of rape had previously been sexually active or not. The test was used to discredit victims of rape who had been sexually active. Even though outlawing this law has been a positive change that was much needed, the fact that it had been in practice until earlier this year represents the dangerous mindset of our society.

Many feel that the surge in violence against women can be rectified with stricter laws. Some claim that Pakistani labourers working in the Gulf region tend to “behave” themselves even if women are scantily clad only because of the fear of being reprimanded with strict punishments. However, enacting laws that are women-friendly has also not been a bed of roses in Pakistan.

Progressive laws aiming to empower women often meet with strong opposition from the orthodoxy and end up never being passed. The most recent example of this is the Domestic Violence Bill 2020 being halted by the Council for Islamic Ideology.

In Pakistan a combination of misogyny, patriarchal constraints and smothering gender roles have shackled women in the darkest pits of misery. Every now and then shock waves are sent across the nation pointing towards the dire consequences of neglecting the situation. As days pass, we fall back deep into our slumber, waiting for the next hashtag to wake us up. We keep on finding faults with the victim to ensure our safety blanket remains intact. One truly wonders how many more Noor Mukkaddams will fall victim to misogyny before taking up this cause as a serious one.

We must not forget that women in Pakistan are guaranteed protection by our Constitution and it is now up to all of us to ensure that women are safe even in the ambits of their homes. 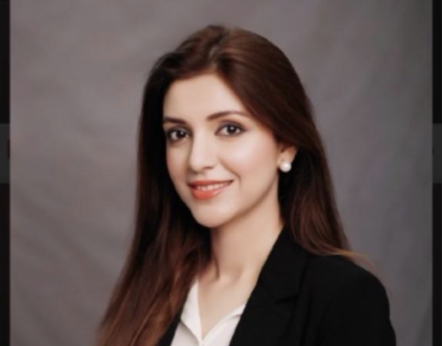 Seemal Zunair is the co-founder of Society of International Law (SOIL) Pakistan and a senior associate lawyer at Mian Nisar Ahmed & Co.