Sociologists often state that social norms are a form of informal understandings, which facilitate regulating the behaviour of an individual within the society. However, there is another definition in the context of social psychology: the identification of smaller groups that might endorse norms in relation to societal or cultural expectations.

As stated by Gerber and Rogers (2009), the concept of social norms can be denoted as collective representations. Social norms are often referred to as unwritten rules. They are responsible for pro- viding some idea linked with a particular culture or social group.

The idea of social norms can be correlated with social influence or conformity. These are accepted behavioural standards, which can be witnessed, in different social groups. It is a collective mechanism because social norms do not satisfy individual goals.

Pakistan is a traditional society, in sociological terms “mechanical solidarity”, where the division of labour defines gender roles in the society. Still today in society there is a preset criteria on what makes the girls ‘good’ and turns them into ‘good wives,’ and what makes the boys ‘good’ so they become ‘good husbands.’

In Pakistan, men and women are conceptually segregated into two very different worlds. As the On Norms and Agency report also confirms in such society, masculinity and femininity are more than sex- appropriate behaviours.

Therefore, usually from early childhood, children are taught how they are expected to behave according to their gender. This bias in culture is passed on by collective agents–parents, school teachers and peers— continuing their traditional practices which aim to train women best for domestic roles and men best for economic roles so they can fit well into the ideal images of the society.

This results in shortening the transit period from childhood to adult roles for girls (wife or mother) and boys (provider or father). This segregation not only creates an artificial divide between productive and reproductive roles but also puts mental pressure on women as definitions stated above of good husband and good wife explains—unequal power relationship of subordination and domination—which is a key component of society’s culture, norms and roles and consequently, limits women’s freedom of action and agency.

However, the definition of urban good wife has become somewhat relaxed as the report explains; now they include a provider role in household involvement in paid activities. Despite the fact that women are still expected to carry the heavy baggage of care duties alone, as their principal responsibility remains domestic and her authority is clearly subordinated to her husband as an obedient wife. The follow- ing quote by village women of Naitasiri Province, Fiji, applies to Pakistan as well,“ [A good wife] looks after the children, does all housework, keeps her husband happy by doing everything, contributes to household income somehow, and thinks about husband and children first.”

Traditional communities like Pakistan have this general perception: “Women may contribute to the family budget, but if the husband is a good provider, then she should not. Her role is to create appropriate conditions for her husband to earn money.”

These perceptions formed by the older generations—can also be seen as preconditions for women’s agency—concerning women’s safety, her honour not being tarnished in public and also her primary responsibility of performing the domestic role of caregiving, in-home, that makes it difficult for her to negotiate work choices. Therefore regarding women’s work criteria, she is obliged to meet community requirements and accountability for household duties as a first priority—not her own passions and area interests. As a result, the majority of women enter into professional jobs that are merely extensions of their caretaker roles: teacher, nurse and cook— thus preventing women’s mobility and economic participation in the formal sector at high levels. Statistics also show that the biggest occupational sector occupied by women (55%) is the service sector, comprising of domestic workers (maids, sweepers, washwomen), sales workers, craft and trade-related workers.

The real problem, in societies like Paki- stan, arises when there is a mismatch between household, community or different generations expectations, thus resulting in problematic situations; i.e. conflicts in the form of casual fights and in extreme cases acid being thrown on women working outside the home.

This mismatch in expectations can also be understood through the opportunity cost incurred by women in everyday lives in form of health loss. The case of Rabia, a 19-year-old girl in the study area, explains this situation more in detail, “my husband is unemployed and I work all day… but still I have to cook, look after kids and home because the norms say its women’s responsibility to do.”

She is working as a government employee, and parallel to that is performing overwhelm- ing responsibilities of caregiving—which she sees as problematic at times because it is hard for her to balance domestic and economic roles together under unfavourable household conditions. The potential reason for this kind of attitude, explained in On Norms and Agency, is that by the time these girls and boys reach adolescence, flexibility that they may have had tends to disappear because these norms are so deeply embedded in everyday lifestyles.

Therefore they enforce strong control over household systems—continuing the unjust cycle of inequality because norms still retain a strong grip over women and men through their idealized roles as husband and wife. 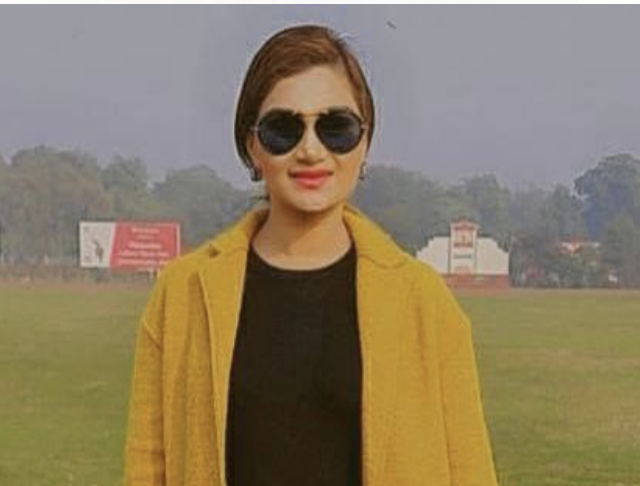 Shanzay Arif is a social activist who has done intensive research on the conditions of women in Pakistan. She completed her education at Parsons Paris.