What is the point of reversing a ban if you are blocking online payments to these networks? This is the question every Pakistani viewer of the show, Churails, is asking.

Asim Abbasi rose to the occasion with his second directorial venture, the critically acclaimed web series Churails, which was lauded and received with praises on both sides of the border. But his vision with the series suffered a blow when the Pakistan Electronic Media Regulatory Authority (PEMRA) banned the airing of this content on India’s digital entertainment platform, Zee5.

And as expected, this step was not received well by the audience. Asim Abbasi came to the front and expressed disappointment at the ban by calling this a “loss for women and marginalized communities that this show meant to re-represent”. He further added that such measures meant nothing but state-supported hindrance towards artistic independence because of the notion that some of the content is seen as a ‘threat’ to morality.

Some other notable names in the Pakistan entertainment fraternity such as Osman Khalid Butt also blatantly the government for banning the web series. In a tweet, he argued that the authorities should focus on solving the motorway rape case rather than displaying infuriation on a popular series. poking their nose in such matters as these crimes play a more profound role in spreading immorality.

Sanam Saeed also expressed her critical thoughts through the same medium, saying that an agenda like this where TV commercials, web series and outspoken films are banned will not end the widespread rape cases in the nation.

The backlash on this decision did prompt PEMRA to reverse the decision of the ban, but this was brought to stage one when in the mid of November, the Cabinet Division ordered the State Bank of Pakistan to block all online payments being made to Zee5. The cast of the web series argued that this was done to again stop the viewership of the show in its country of origin.

A lot of the fans consider the banning of Churails as a fine example of our public’s, or better say, the male hierarchy’s lack of tolerance towards the airing of ‘real’ content on digital platforms. It can be said that the misogynistic minds and values that prevail on our society cannot stand any sort of content that revolves around the empowerment of women in the country, such as the example of Churails, which was hinted by some of the audience as the much-needed revolutionary stir for women in the country. 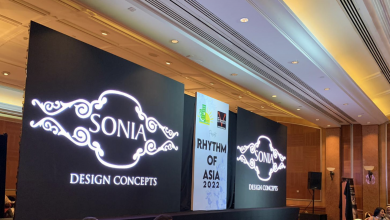