In this war that lasted for 20 years, many Afghan Taliban, Afghan residents lost their lives in US attacks and many Americans lost their lives in Taliban attacks, but eventually, the superpower had to come to the negotiating table. The US withdrawal has turned all European countries against the United States, and recently the British Secretary of Defense as saying that the United States is no longer a superpower because it withdrew from Afghanistan after its defeat.

With the withdrawal of US troops, China has begun to make inroads into Afghanistan, and the Chinese Foreign Ministry has issued a statement saying that the United States should now allow them to move towards economic development instead of imposing war on the world.

The Russian president also said in his statement that the whole world should accept the Taliban government and we will also work with the Taliban in the region. Qatar has accepted the Taliban rule in Afghanistan from day one and recently sent its technical team to Afghanistan to re-activate Kabul Airport. Qatar has played a key role in negotiations between the Afghan Taliban and the United States that is why the Taliban consider Qatar as their special friend.

Pakistan is an important center of South Asia and it is believed that under Ashraf Ghani’s government, India has used Afghan soil against Pakistan, which has led to daily terrorist attacks in Pakistan. Now, after the overthrow of Ashraf Ghani’s government, the Taliban government is going to be formed in Afghanistan, which is very hopeful that the Afghan soil will not be used against Pakistan because in the last few days, Pakistan’s DG ISI General Faiz Hameed had visited Afghanistan and during this visit he had important talks with the leadership of the Afghan Taliban and he also said that we are very hopeful that now Afghan soil will not be used against Pakistan.

India, Iran and France are supporting the Afghan Resistance Force in the war between the Taliban and Ahmad Massoud in the Afghan province of Panjshir and they want the war to continue in Afghanistan in some way so that these people remain enemies of each other and Keep killing each other and let the sun of peace never rise in South Asia.

India is threatened by the Taliban because the Taliban leadership will join hands with Pakistan to start a new war in India, but Afghan spokesman Zabihullah Mujahid said in his press conference that we should not use our land against any country. We want to join China’s CPEC project and invite the whole world to invest in Afghanistan so that Afghanistan can move quickly out of the war and move towards the heights of development.

If we offer an impartial analysis, we will believe everything the Taliban say when they take action, but if they violate human rights in practice, no country will not agree to accept them but then Afghanistan will also face sanctions like Iran and Somalia, If the Afghan Taliban succeeds in their practical steps, it will also be a victory for US President Joe Biden, as the current worldwide impression against them will fade and US President Joe Biden will win the next election and can take over the presidency again. My best wishes and prayers are with the Afghan people and hope that now the sun of ceasefire will set in Afghanistan and the sun of peace will rise. 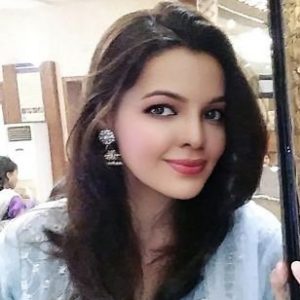