Shireen Abu Akleh, a veteran Al Jazeera journalist was shot dead by an Israeli army sniper whilst carrying out her professional duties during an Israeli army operation in the Palestinian village of Jenin.

Who was Shireen Abu Akleh?

If you are aware regarding the ongoing Israeli atrocities in Palestine, then you must have heard of ‘Shireen’. A Palestinian of Christian origin with a career spanning over 25 years in Journalism with a reputation of impartiality and responsible journalism.

“Shireen was a thorough professional and an unbiased journalist who conveyed the reality and the events as they are and no doubt cost her precious life. She was a rare breed of journalist renowned for her integrity, and one that I and millions of other pro- Palestinians grew up watching.

She was known for covering protests in the Sheikh Jarrah locality on a regular basis.
She once proclaimed, “I tell the truth, I speak what I feel, I show what I see.” How profound?

How was Shireen killed?

Since the beginning of May 2022, the Israeli army has stepped up its operations in Jenin (a stronghold of the Palestinian Resistance.

It appears that around the dawn of Wednesday 11th May 2022, Shireen arrived at Jenin the City of West Bank in order to cover a similar operation.

She had a accreditation from the Israeli authorities, meaning that she was fully entitled to carry out her job as a reporter. Not only this, apparently, she was wearing a helmet and a bulletproof vest that clearly had the word “Press” written on it.

Shireen Abu Aklih’s colleague and eyewitness who were with her at that time claimed that “We were far away from the place of the actual gunfight”. It appears that Shireen was shot in the area near her Ear which was not covered by the helmet. It was a highly skilled target that only an expert shooter could have taken”.

According to other journalists and eyewitnesses who were with Shireen, there was no gunfight where they were standing. We were far behind the scene. We had Israeli soldiers in front of us, one of whom targeted Shireen.

Israel has repeatedly shown through its actions that the lives of the Palestinians, including journalists and especially the lives of Americans with dual citizenship are meaningless.

This is not the first time a journalist has been killed by Israeli forces in such a manner.

If we look at past history, it is part of Israel’s systematic targeting of journalists. Since 2000, Israel has killed 55 journalists, including British and American journalists. Such heinous, serious and cruel measures are actually taken by Israel to intimidate the Palestinians and those who speak and write in their favor.

This is Israel’s old and systematic way, which is only to cover up its crimes and suppress every voice raised for or on behalf of the Palestinians.

During the bombing/Massacre of Gaza last year, we saw how Israel destroyed the only media tower in Gaza where journalists from all over the world were covering the Genocide.

Shireen’s murder is just an other link in a chain of this systematic organized criminal behavior of the Israelites .

According to the videos that have come out of the incident on social media and also the eyewitnesses at the scene, it is very clear that Shireen was targeted and killed by an Israeli sniper.

Israelis authorities have announced to commence an investigation into this murder, but maintaining their previous false traditions. Prior to the announcement of the investigation, Israel had claimed that the killer was not an Israeli soldier but a Palestinian gunman who had deliberately killed Shireen.

On May 11, 2022, a video was released from the official Twitter account of the Israeli Foreign Ministry. In the video, a masked man is seen firing down a narrow alley. According to the Israeli Prime Minister, this is the man who shot and killed Shereen.

This few seconds video is actually a “suspicious” piece of evidence that is being presented to the whole world as authentic evidence.

Palestinian guerrillas are said to have fired at Shireen, believing her to be an Israeli soldier.

Surely, there is a stark difference between an Israeli army uniform and Shireen’s civilian clothes. On the front of her jacket was written the word “Press” in bold letters.

Was the shooter so ignorant that he couldn’t recognize her despite all this?

The “Middle East Eye” however, published a detailed report on the scene yesterday which illustrated from all angles that the bullets of the Palestinian guerrillas could not reach the place where Shireen and other journalists were present.

This would have been possible only if the bullet had first come down three hundred meters from the street, then turned to the right, and then turned to the left and hit Shireen, who was sitting behind the wall and the electric pole. Only Israel can prove it, otherwise no one who believes the truth will believe this story.

unfortunately many Western and American media outlets accepts this fabricated story by israel and rejected eyewitness accounts of Shereen’s death.

Whenever the facts are stated by the Palestinians, they are considered as lies and on the other hand, Israel’s position is accepted as truthful and credible without any investigation. This double standard, if you look at the process in depth, dont you think this is real racism?

When it comes to the Israeli’s investigation into Shirin’s murder, I would like to quote the words of Shireen Abu Akleh, colleague and another American Palestinian journalist Dina karuri.

Whom said “ Let’s be very clear on something: Israel over the years has repeatedly proven that it does NOT have the integrity or will to investigate its own actions in a way that leads to any meaningful accountability.

There must be an independent investigation into Shireen’s death”.

Israel’s atrocities against the Palestinians are increasing day by day. Israel, with all its resources and with the help of American and Western media, is making the lives of Palestinians miserable, but the so-called civilized world is turning a blind eye.
The Western and American media, which shed tears over the war in Ukraine, have always covered up the ongoing Israeli war crimes in Palestine.

The brutal assassination of Shireen may be similarly covered by the media with the term “Collateral damage, but history will testify that a female journalist was killed by Israel because Israel was afraid of her. 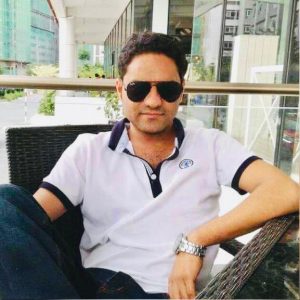 Current situation is a ‘test’ for judiciary, says Imran Khan