For many, the blessing and hope to parenthood are not always how they will have pictured, particularly when experiencing a long route of infertility or in some cases knowing from the beginning there will be difficulty to accept the lack in themselves. An option often left behind is surrogacy.

Surrogacy is an agreement in which a woman agrees to carry and give birth to a child on behalf of another person or couple. Surrogacy involves two persons, one is intended parents (who need a child, suffering from infertility) works with a gestational surrogate (who will carry and care for their baby (lies) until birth).

The process of surrogacy is complex. The Surrogacy agreements are medically, emotionally, financially, and legally complex. But it is the hope for those who previously were unable to have children. There are a variety of reasons that promote surrogacy beneficial for an infertile couple such as the absence of a uterus, impaired uterus, a chronic health problem, single-family building, cancer, hysterectomy that removes your uterus and conditions that make pregnancy impossible or risky to carry the pregnancy.

The views of people about surrogacy are still controversial. Some people don’t even accept this concept but some do favour it as it provides a light of hope for those who are being away from the blessing of a child. The legal procedure is quite tricky because it differs from state to state.

There is a federal law on surrogacy. After a surrogate pregnancy in some states, surrogates still have to transfer adoption proceedings to gain legal custody of the child. Some countries ban surrogacy, while others ban commercial surrogacy but allow altruistic surrogacy.

Surrogacy is a concept that is supported by western culture but the Islamic culture prohibits this practice. The justification for the prohibition is against divine power. The Islamic community has largely outlawed the practice of surrogacy and the main difficulty that Muslims raise about surrogacy relate to issues of adultery and parental lineage.

Some claim that surrogate motherhood is not permitted under Islamic law because it is akin to Zina (adultery) which is strictly prohibited in Islam. This is based on the reality that in gestational surrogacy, the surrogate carries the fertilized egg of intended parents who are not her legal husband, thus transgressing the bounds of Allah as stated in the Quran: “Those who guard their private parts except their spouses” (Al-Mu’minun 23:5).

Due to the multitude of complications associated with surrogacy, the Court refused to recognize surrogacy and declared it against the injunctions of Islam. The Court also sought to invalidate any surrogacy contract under the Contract Act 1872 and proposed to criminalize such contracts under the Pakistan Penal Code 1860. The infertility rate in Pakistan is quite high; around twenty-two per cent of couples are infertile.

Particularly, women bear the consequences of infertility, they are subdued and marginalized by their in-laws; the husband usually opts for second marriage with a hope to reproduce through another wife, or it often leads to separation or divorce, leading to disruptions in marital life, ending up in family conflicts.

The doctrine of necessity (mashahah), public interest, and justice and fairness can be used in this regard. This can be viewed in terms of the following verse of Qur’an: “But if one is compelled by necessity, neither craving nor transgressing—there is on him no sin, for indeed God is Clement, Merciful.” (Quran Sura Al Bakara 2:173) for necessity, Islam allows prohibited actions which normally violate the primary sources of Islamic law.

The Holy Qur’an also acknowledges the hardships of infertility. The example of two childless Prophets (Ibrahim and Zacharriya) has also been mentioned in Qur’an. Hence, if infertility is thought of as a disease then the cure is surrogacy.

Pakistan is in dire need of enacting positive legislation on surrogacy. The purpose of positive surrogacy regulation in Pakistan should be the protection of the rights and interests of infertile couples. The legislature and the judiciary should follow an approach that provides an opportunity for infertile couples to take advantage of modern techniques of surrogacy.

The regulations should strike a balance by promoting and recognizing the rights of the surrogate child, the surrogate mother, and the intending infertile couple. Positive regulation of surrogacy desires backup from both the religious authorities and the country functionaries in Pakistan.

Muslim sharia law is not against seeking a cure for ailments; hence, the problem of surrogacy should be interpreted in light of the vast principles of Islam. These recommendations may provide beneficial guidelines for religious jurists and policymakers to carry out positive laws and regulations of surrogacy in Pakistan.

To protect your rights as parents-to-be and the rights of a child you are hoping to hire a lawyer who specializes in reproductive law in your state has a surrogacy contract that spells out what everybody must do.

Numerous ethical questions have been raised with regards to surrogacy but a complete ban of surrogacy is unjustifiable and a harsh judicial approach for those who are infertile. So there should be an open space for an infertile couple so they can make decisions on their own. 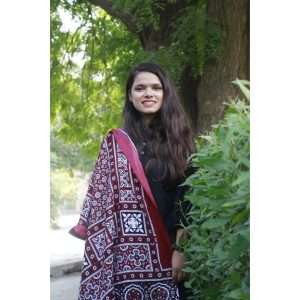