PESHAWAR: The Pakistan Democratic Movement (PDM) has launched a historic public rally in Peshawar despite stiff opposition from the federal and Khyber Pakhtunkhua government.

The government has denied permission to the leaders of PDM to hold the jalsa but the opposition still went on despite having no permission.

A source within the PDM told TPD Investigations Desk, “Did the PTI or Imran Khan even say a word about the ‘super spreader’ funeral of Rizvi? They didn’t because they are afraid and have no legs to stand on. Today’s jalsa in Peshawar will prove how this government is a puppet government”.

Strict security arrangements were made since intelligence of a possible terror attack was received.

Previously, Interior Minister Brigadier Ijaz Shah had stirred controversy after he had claimed that the Taliban might attack the PDM due to their recent stance. Brigaider Ijaz Shah had to apologise for his statement later on.

Bilawal made a thundering speech, lashing out at Imran Khan for ignoring the people of KP. Mohtarma Maryam Nawaz Sharif briefly addressed the participants asking for prayers for her grandmother, Begum Shamim Akhtar, who had passed away in London.

Malulana Fazlur Rehman who had referred to Imran Khan as the “Pakistani Trump” said that the PDM did not need anyone’s permission to save Pakistan. 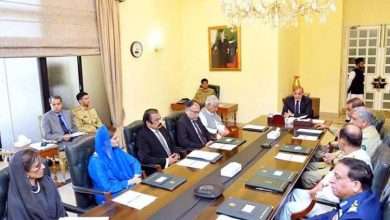