The spokesperson of the Foreign Office, Mumtaz Zahra Baloch, says that Pakistan does not have friendly relations with Israel, so Pakistan is unable to take any action on such matters.

According to the news reported on January 2nd on Israeli TV I-24″Sajid and Farah Samuel, a husband and wife, are Pakistani Jewish citizens who, 3 years ago, were forced to flee from Karachi to abroad with their three children, facing increasing threats because of their Jewish religion, which led them to had to leave the country secretly.”

So, it has been known that usually to go from Pakistan to Israel, now the “transit” route is taken from the United Arab Emirates, at the end of 2020, after the peace agreement of the Arab states with Israel (Abraham Accords) most common route from Pakistan to Israel is UAE. A Prominent (NGO) is keen on this, in this regard, in May 2022, a delegation based on Pakistani Americans on behalf of the Bahrain-based private organization “Sharqa”, which works on improving relations between the Middle East and Israel, arranged the secret visit for Pakistani dual Nationals to Israel.

While another delegation based on Pakistani Americans on behalf of the same organization has also visited Israel in the month of September, according to sources, this organization has been working on the restoration of relations between the people of Pakistan and Israel initially at the public level and it is being considered as the important steps to be taken before the restoration of diplomatic relations between the two countries.

It should be noted that earlier in May 2022, the US-Pakistani delegation visited Israel arranged by Sharka (NGO), which also involved a Pakistani Jewish citizen from Karachi, “Fishal bin Khalid”, who claimed that the visit Therefore, the Pakistani government had renewed the Jewish religion in the religion box on his passport and he was also given formal permission for this visit.

According to Israeli TV, I-24 this Pakistani Jewish family, who immigrated from Pakistan to Dubai and then to Israel, has been living in Elon Shute, an Israeli settlement in the South West Bank between Jerusalem and Hebron, since April last year. To them, it feels like home. For the first time in his life, he says, he has the freedom to worship.

According to Israeli TV, this Pakistani family arrived in Israel in March 2022 to live fully according to the Jewish religion. ” says the family’s attorney, Tomer Varsha. “The family is rooted in Judaism, and in fact, they are practising. They are very attached to their Judaism. Their children were raised according to Jewish tradition. He was a victim of religious discrimination in Pakistan.

According to Israeli TV, this Pakistani family obtained permission to come to Israel after contacting various mediators in Israel. Once they arrived, they approached the country’s Exclusion Committee to convert to Judaism, to gain the right to proselytize and to become fully part of the Jewish people.

The request was rejected by the authorities. He did not believe that the family was sincere. Therefore, the tourist visa on which Samuel entered Israel was not renewed

“The first thing we did was to appeal the immunity committee’s decision, and accuse them of error,” said Warsha, the Pakistani family’s lawyer, according to Israeli TV. “We’re talking about a family that lives in Alvin Shute. The children attend a religious seminary. Can anyone imagine that this is a family that wants to hypothetically convert? At this point, His case is being processed, but that has not stopped the home ministry from demanding his departure.”

According to Israeli TV, the family is now taking online Torah classes to fill in some of the gaps in their knowledge, and to better prepare for the Orthodox conversion to Judaism. They say everything is in God’s hands.
“We had many options where we could go to achieve our conversion process but a miracle brought us to Israel. It was not our plan to end here but it was God’s plan. We returned to Pakistan. Can’t go, we might get killed, we don’t want to take any risk

The family’s case is being represented by a lawyer who specializes in immigration and Israeli citizenship, saying Israeli authorities reject hundreds of conversion requests each year. The case of the Samuel family is no exception.

It should be noted that in the 1940s, the Jewish population in India was around 50,000. Since then many Jews have moved to other countries like Israel, the UK, the USA, and Canada. According to an estimate, there are only 6000 Jews living in India at present.

According to the British broadcasting organization “The Independent”, the British government conducted the first census of Sindh in 1881. According to this census, there were 153 Jews living in Sindh. By the second census, their number had doubled. In the Sindh Gazette of 1907, Edward Hamilton Etkan writes that according to the 1901 census, there were 482 Jewish inhabitants. At the time of partition, this number reached over 2,000 throughout Pakistan, but their largest number was in Karachi, the largest city in Pakistan today, and this number was about 1,500 Jews.
Karachi’s Jewish population, along with their synagogues and cemeteries, are still in disrepair. It was commonly called the ‘Jewish Mosque’
While there are still two Jewish cemeteries in the Mayo Shah area of Karachi.

There are Jewish citizens in Pakistan and whether they are allowed to go to Israel and whether the Pakistani authorities are in contact with the Israeli embassy in Dubai through the United Arab Emirates for the convenience of these citizens, the sources of the Foreign Office declined to answer this question. 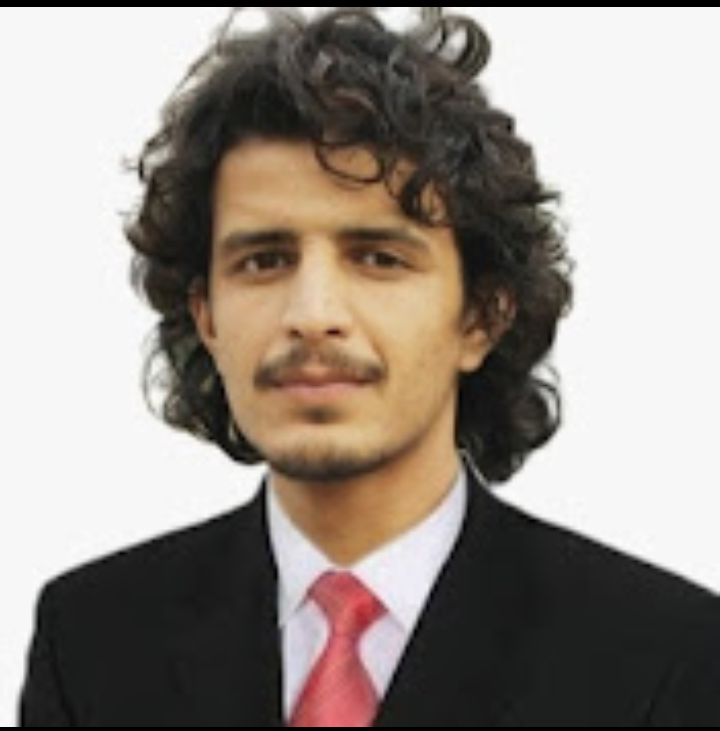