KARACHI: A Milad function was held at the Bilawal House Karachi on Sunday, marking the beginning of the series of events of Bakhtawar Bhutto-Zardari’s wedding, planned for January 29, said a statement issued here on Sunday.

It said the function was attended by paternal aunts of Ms Bhutto-Zardari — senior PPP leader Faryal Talpur and Sindh Health Minister Dr Azra Pechuho — and the party’s other women legislators.

“At the end of the Milad, special prayers were held for success of Ms Bhutto-Zardari’s marital life,” the statement added.

The attendees were seen adorning traditional eastern wear, along with face masks. A portrait of the martyred Benazir Bhutto was placed in the hall.

‘Bakhtawar Bhutto Zardari To Tie The Knot On January 27’

The schedule of Bakhtawar Bhutto Zardari’s wedding with the UAE-based businessman Mahmood Chaudhry was released by Bilawal House on Friday.

A spokesperson of Bilawal House has confirmed that Bilawal Bhutto has suspended all the political activities for a week to participate in sister’s wedding.

According to the wedding schedule released, a simple Mehndi ceremony is planned on January 27.

The Nikkah of Bakhtawar Bhutto will be held on January 29 while the Barat is scheduled for January 30. Nearly 300 guests have been invited by the Bhutto family. 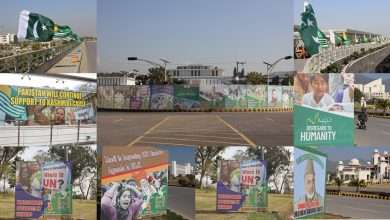