Maryam Nawaz reiterated her stand on civilian supremacy, saying that political decisions should be made in the parliament, not at the General Headquarters (GHQ).

Maryam was at the Islamabad High Court for a hearing of an appeal against her conviction in the Avenfield property reference. She responded to a question from a reporter about Army Chief Gen Qamar Bajwa and head of the ISI Lt Gen Faiz Hameed’s meeting with key opposition figures.

“I don’t know about a dinner, maybe it was not a dinner [but] I heard about the meeting. From what I understand it was called to discuss Gilgit-Baltistan, which is a political issue, an issue of the people’s representatives, for them to solve and deliberate upon.

“These decisions should be made in parliament, not in GHQ,” she said.

Answering a question about whether Nawaz Sharif was aware of the meeting, she said, “I don’t know whether he was aware of [the meeting] or if he learnt of it later.

“But the political leadership should not be called nor should it go to discuss such issues. Whoever wishes to discuss these issues should come to the parliament.”

Earlier, it had emerged that the army chief and DG ISI held a meeting with key opposition figures before their multiparty conference and cou­n­selled them to refrain from dragging the military into political issues.

Railways Minister Sheikh Rashid, while confirming the meeting and its participants in a conversation with a news outlet, said the meeting was held to discuss the impending changes in the constitutional status of Gilgit-Baltistan.

However, the opposition had used this opportunity to flag its concerns about other matters, especially the military’s alleged interference in politics and allegations of persecution of its leaders on the pretext of accountability.

The onlookers linked the timing of the meeting and its disclosure to the opposition’s multiparty conference held on September 20 in which Nawaz had bitterly criticised the Army, saying there was “a state above the state in the country”.

Rashid had said the army chief told the participants of the meeting that the Army was not in any manner linked to the political processes and had no involvement in matters concerning election reforms and accountability.

Gen Bajwa, however, had said the military only responds to calls for assistance by the elected civilian government, and it would continue doing so irrespective of who is in power.

COAS Gen Bajwa had reportedly categorically conveyed that no one would be allowed to create chaos in the country. 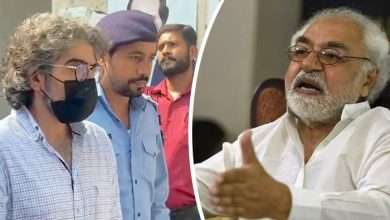 Efforts made at UN, SCO to present Pakistan as credible partner: PM Shehbaz