LAHORE: The Lahore High Court on Wednesday granted bail to PML-N President Shehbaz Sharif in the assets beyond means case.

Shehbaz had approached the high court against his arrest by the National Accountability Bureau (NAB) in the corruption reference also involving his family members.

A two-member bench of the LHC announced their decision after hearing arguments from Sharif’s and NAB’s counsels.

Azam Nazir Tarrar appeared before the court on behalf of Shehbaz Sharif while Special Persecutor Syed Faisal Raza Bukhari appeared from NAB’s side.

The NAB prosecutor argued and alleged that all the Benami account holders made these assets because of Shehbaz Sharif despite having no source of income. “They could not tell about the business and could not even name the business from which they were getting Rs30 million annually. The businesses which were giving them such a huge amount of money were not even registered anywhere,” Syed Faisal Raza Bukhari argued.

Later on, the court granted bail against two surety bonds of Rs 5 million each.

Shehbaz Sharif was taken into custody on September 28 from the high court premises after his bail application was rejected. 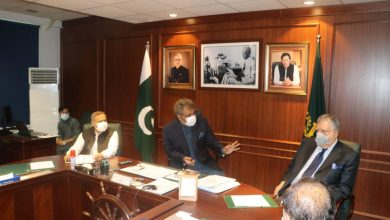