A sort of world record has been created by India in Occupied Kashmir by imposing what is probably the most draconian and longest lockdown in modern history, lasting over 550 days. This politically motivated lockdown pre-dates Covid 19 and has nothing to do with it. It is enforced by almost a million men under arms to terrorize the Kashmiri people and break their will to resist. However, despite the brute force deployed by what The Economist aptly described as ‘Intolerant India’, the resistance to repression continues unabated by the valiant Kashmiri men, women and children.

The lockdown has had devastating economic consequences: 400,000 Kashmiris are jobless now, including 50,000 who were dependent on tourism for employment, with a whopping $20 billion estimated as the loss suffered due to this lockdown.

Leading the peaceful resistance to Indian occupation are stalwarts, both women and men, who cry for ‘Azadi’ (freedom), the battle-cry of freedom fighters the world over. They are inspiring role models for the Kashmiri people, as they are ready and able to pay the price of saying ‘No’ to Indian occupation, although acquiescence would be a safer, and a more comfortable choice.

Let us look at some of these brave men and women, who have chosen the path traversed by heroes of liberation like Nelson Mandela, Che Guevara and Bhagat Singh, icons of freedom in their own eras in different parts of the Third World. Dr. Qasim Fuktoo, a Kashmiri scholar and intellectual, who earned his doctorate in jail, starts his 29th year in imprisonment on February 5, 2021, thereby giving him the unique distinction of being the longest serving political prisoner in the 21st Century, breaking Nelson Mandela’s record of 27 years in South Africa.

In a powerful, moving and a cogently argued letter that Dr. Qasim Fuktoo wrote from India’s Udhampur Jail titled, ‘Nature of My Imprisonment’, the Kashmiri incarcerated scholar wrote, “it is (due) to my political beliefs that I have been made a victim of political vendetta and discrimination”. He noted that the Indian government’s modus operandi was first to demonize the peaceful Kashmiri activists, press trumped up and false charges against them, and then get them convicted by a pliant judiciary. Dr. Fuktoo writes convincingly that the Indian government implicated peaceful Kashmiri activists in “militancy and criminal cases, not only to make them languish in prison, but more importantly, to present them as convicts before the world, and give an impression that the Government has nothing to do with their incarceration, as it is an ‘independent’ judiciary which has found them guilty of militancy or criminal cases!” He adds that this is “what my case is all about”, as due to such false allegations, he and others are “deprived of their status of political prisoners.”

Dr. Qasim Fuktoo’s wife, Mrs. Aasiya Andrabi, who also has a Master’s degree in Arabic, is the founder of Dukhtaran-e-Millat (Daughters of the Nation), a peaceful Women’s resistance group in Occupied Kashmir. She is currently lodged in the notorious Tihar Jail in Delhi, along with her two close associates, Naheeda Nasreen and Fehmeeda Sufi. The latter was the youngest woman political prisoner at age 15, when she was first arrested. India’s dreaded National Investigation Agency (NIA) has charged these three brave women with a wide range of offences, which they never committed: waging war, sedition, attempting a terror act, being members of a terror gang, supporting terrorism, etc., for which, if convicted, would ensure they spend the rest of their lives in jail. Aasiya Andrabi has spent a total of 12 years in jail due to her political beliefs and peaceful political activities. Despite their ill health during the pandemic, no relief has been provided to these women political prisoners. Dr. Qasim Fuktoo and Aasiya Andrabi have two sons, Muhammed bin Qasim and Ahmed bin Qasim, both of whom live outside India.

Yasin Malik, also lodged in Tihar Jail, is another example of a long-standing ‘prisoner of conscience’, against whom false murder cases have been raked up after 30 years! He was charged in March 2020 of murdering 4 Indian Air Force personnel in 1990, and is now an accused in the 1989 case of Rubaiya Sayeed’s kidnapping, whose father, Mufti Sayeed, was the Indian Home Minister at the time. According to Yasin Malik’s lawyer, Raja Tufail, ‘for 31 years, Malik was neither arrested nor summoned in this case’. On January 29, 2021, a court in Jammu in Occupied Kashmir framed charges against Yasin Malik and his associates in the ‘kidnapping case’.

Both these fabricated cases against Yasin Malik will next be heard in the first week of March and, if convicted, Yasin Malik could even face the death sentence, like Maqbool Butt and Afzal Guru, both of whom were hanged. Yasin Malik has already spent a good part of his life, about 20 years, in prisons for his political beliefs. Yasin Malik’s wife, Mushaal Malik, lives in Pakistan and is a prominent activist for Kashmiri freedom in her own right. Their daughter, Razia Sultana, who also lives in Islamabad, hasn’t spoken to her father for several years.

Another Kashmiri prominent political prisoner occupant of Tihar Jail is 67-year old Shabbir Shah, the popularly acclaimed ‘Jailbird of Kashmir’, who has logged in a total of 33 years intermittently, half his life, behind bars for raising his voice for the ‘right of self-determination’ of the Kashmiri people. He first went to jail as a 14-year-old student leading a peaceful protest demonstration for Kashmiri rights, spending a little over 100 days in jail. He has currently been in jail since 2017 on a trumped-up, decade-old ‘terror financing’ case. Shabbir Shah’s wife, Dr. Bilquies, is a prominent doctor in Srinagar, and they have two daughters, Sehar and Sama. Amnesty International declared Shabbir Shah a ‘Prisoner of Conscience’.

Mir Waiz Umar Farooq is another famous Kashmiri political prisoner who is currently under house arrest in Srinagar, the capital of Occupied Kashmir. He is the son of the popular Kashmiri leader, Mir Waiz Moulvi Farooq, who was assassinated in 1990. Mir Waiz Umar Farooq is a respected religious scholar and a highly educated intellectual, who has consistently struggled for Kashmiri rights. He is the father of three children, including 2 daughters, Maryam and Zainab. He has been in continuous house arrest for the past 18 months since August 5, 2019, when Occupied Kashmir was illegally annexed by India.

Occupied Kashmir is also home to the world’s oldest political prisoner, 92-year old Syed Ali Gilani. He has spent the last 11 years under house arrest in Srinagar. Gilani Sahib is the doyen of Kashmiri freedom fighters, having dedicated much of his life to seeking ‘Azadi’ for Occupied Kashmir. He has a diverse and distinguished background, as an elected parliamentarian and an acknowledged author with a pan-Islamic worldview. His granddaughter, Ruwa Shah, is a prominent journalist based in Turkey.

It is my proud privilege to have personally met and interacted with at least three of the afore-mentioned Kashmiri political prisoners, two of whom, Yasin Malik and Mirwaiz Umar Farooq, I can count as friends, since I developed a warm rapport with them during their visits to Pakistan. I had the honor of meeting Syed Ali Gilani sahib in September 1997 in New Delhi as Information Minister, when I led the Pakistan Delegation to India for Mother Teresa’s funeral. Syed Ali Gilani is a strong and determined man with an unshakable conviction that the destiny of Occupied Kashmir lies with Pakistan, a view held by an overwhelming majority of his Kashmiri brethren.

These Kashmiri leaders have blazed a trail of courage and heroism with their ‘blood, sweat and tears’ for the cause of ‘Azadi’ or freedom, paying a heavy price for their courage of convictions. On Kashmir Solidarity Day, the deafening silence enveloping the endless incarceration of political prisoners resisting Indian occupation should be broken! The spirit of Kashmiri resistance remains indomitable! 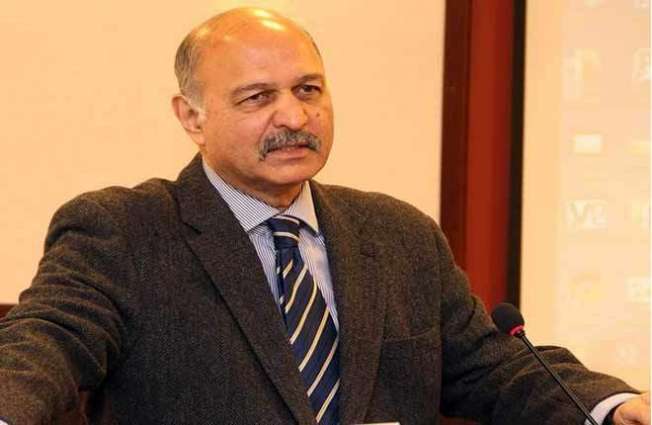 Senator Mushahid Hussain Syed is the Chairman of the Senate Foreign Affairs Committee of Pakistan.

Govt announces provision of electricity to exporters on subsidized rate