According to the details, the Islamabad police had sought an eight-day physical remand of the PTI leader, however, the court did not approve the request and asked the authorities to present the PTI leader on January 27.

The police — during the time that the verdict was reserved — also took Fawad to the Pakistan Institute of Medical Sciences (PIMS), where he underwent a medical checkup and was declared fit.

The former federal minister was taken into custody early Wednesday morning after a first information report (FIR) against him was registered at Islamabad’s Kohsar police station by an official of the Election Commission of Pakistan (ECP) for “threatening” the electoral body’s members and their families.

According to Fawad’s brother, Faisal, the former federal minister was “taken away” in four cars that did not have any number plates at 5:30 am. Faisal said that the family was unaware of Fawad’s location at the time.

“We are also not being given any details of the FIR registered against him,” he said. Faisal, who is also a prominent lawyer, termed his brother’s arrest “illegal” and asserted that he will fight this battle in court.

Later in the day, Islamabad police presented Fawad before Duty Magistrate Naveed Khan and sought his physical remand for eight days. The prosecutor told the court that authorities needed Fawad’s phone and his laptop, adding that the politician’s custody was required for conducting a photogrammetric test and a voice match.

During the hearing, ECP lawyer Saad Hasan read out the contents of the FIR. He contended that the PTI leader had termed the electoral watchdog to be a munshi (clerk).

The lawyer argued that the ECP was a constitutional body, adding that the regime change narrative had been formed under a well-thought-out plan. “Fawad Chaudhry damaged the ECP’s reputation by making threatening statements.”

Hasan added that Fawad’s remarks were aimed at inciting one group against the other. He contended that the ECP had received many threatening letters. “The purpose of Fawad’s speech was to promote hatred against the commission.”

He further said that Fawad had not apologised for his remarks and was still standing by them, adding that there was a lot of “electronic proof” present against the politician.

On the other hand, the PTI leader requested the judge to dismiss the case registered against him, arguing that the FIR was not in accordance with the law.

“They have charged me with sedition for doing criticism. If this happens, then democracy and freedom of expression will cease to exist.”

Earlier, a first information report has been registered against the PTI leader at the Kohsar police station in Islamabad on the complaint of Secretary of the Election Commission Umar Hameed.

The complaint — a copy of which is available with Dawn.com — invokes sections 153-A (promotion of enmity between groups), 506 (criminal intimidation), 505 (statement conducing to public mischief) and 124-A (sedition) of the Pakistan Penal Code at Islamabad’s Kohsar Police Station.

It stated that Fawad, in a speech outside PTI Chairman Imran Khan’s house, threatened the ECP and said that “those who become part of the caretaker government [in Punjab] will be pursued until they are punished”.

Later in a tweet, the Islamabad police said that Fawad tried to “incite violence against a constitutional institution” and “inflame the sentiments of the people”.

It added that the case will be processed as per the law.

Meanwhile, Fawad’s wife Hiba Chaudhry has called on the chief justice of Pakistan to take a suo motu notice of his arrest.

Condemning Fawad’s arrest, PTI chairman Imran Khan said that he will be holding a media talk at 5 pm today, according to PTI’s YouTube channel. He previously said he would speak at 4 pm.

“Fawad’s arrest on his apt description of the CEC leaves no doubt in anyone’s mind that Pak has become a banana republic devoid of rule of law,” he tweeted.

Imran added that the nation “must stand up for our fundamental rights now to save Pak’s drift towards a point of no return”.

While commenting on the development, senior journalist Adil Shahzeb tweeted, “Fawad Chaudhry backed the arrests and ridicule for four years, used the social media wing to abuse journalists who disagreed. Today he was arrested for threatening the Election Commission. We openly condemn their arrest just like yesterday’s arrest of Shahid Khaqan and Rana Sanullah.” 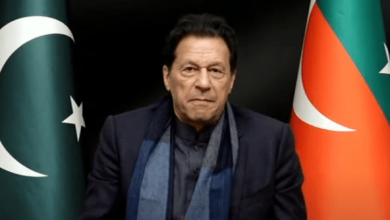 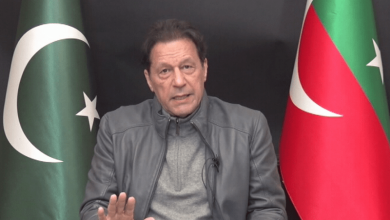 Terrorism will be used to delay elections, says Imran Khan 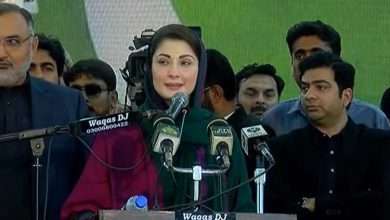 PML-N will steer country out of quagmire, promises Maryam Nawaz 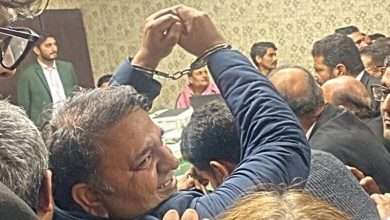 The case of schoolyard bullying in Pakistan (Opinion)