The Inter-Services Public Relations confirmed that one civilian was martyred and three civilians were badly injured after unprovoked shelling from the Indian side across the Line of Control (LOC).

The Indian Army has resorted to unprovoked ceasefire violations in the Rakhchikri and Khanjar sectors along the LoC, regularly targetting civilians with rockets and mortars.

Analysts believe that such ceasefire violations reflect Modi’s fascism and are proof that India does not care for innocent civilian lives.

India has been isolated in the region under Prime Minister Modi’s administration. China, Afghanistan, Nepal, Bangladesh and Pakistan have all moved further away from India, avoiding any link to the fascist policies of Narendra Modi.

In September, an 11-year-old girl embraced martydom due to unprovoked ceasefire violations by Indian army in the Hotsprings and Rakhchikri sectors. The ISPR confirmed four civilians, including a 75-year-old woman and two young boys, also got injured.

Pakistan’s Foreign Office said that India has “been continuously targeting civilian populated areas with artillery fire, heavy-caliber mortars, and automatic weapons” along the LoC and the Working Boundary (WB).

India has committed over 2150 ceasefire violation in 2020 in continuous egregious violations of international law. 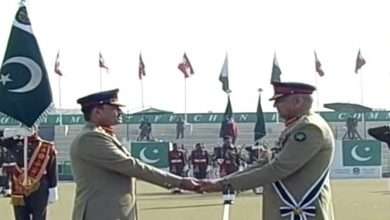