Maghani asserts that the composition of the song bears a resemblance to a vocal sample she sent Xulfi prior to the song’s release.
“Tu Jhoom” was the first track to be released for Coke Studio season 14 on January 14. Abida Parveen and Naseebo Lal paired up to perform the song. As per the credits given in the Youtube video for the song, the music was arranged and composed by Xulfi and Abdullah Siddiqi.

In an article published on Express Tribune on January 18, Maghani claimed that Xulfi plagiarised the melody of the song from a sample she had sent him in June 2021. She clarified that she wanted recognition and due credit for the melody. Xulfi, however, denied these allegations.

The legal notice asserts that Maghani had sent Xulfi the song in order to be part of Coke Studio 14. Maghani’s lawyer Faraz Faheem Siddiqui said that “she had made many original compositions” which she sent the producer so that “she can be part of the program and perform her work on Coke Studio”.

“[M]y client on 14 June 2021 sent her compositions including the composition of the song ‘Tu Mera Ranjha’ to you [Xulfi] on your mobile number through WhatsApp Messenger which all were in the form of a voice note. Thereafter no further communication was made by you, however on 14 January 2022 when Coke Studio song ‘Tu Jhoom’ was released, my client was surprised to learn that ‘Tu Jhoom’ is made by copying notes and music composition of my client’s song ‘Tu Mera Ranjha’ which was sent to you as voice note on WhatsApp for review,” the notice read.

The notice directs Xulfi to “immediately cease and desist from using the composition” in ‘Tu Jhoom’ to circumvent legal proceedings. It also states that failure to oblige would lead to a lawsuit for the recovery of Rs100 million.
In a rebuttal to the aforementioned claims, Giraffe Pakistan, a production house that was co-founded by Xulfi and is in charge of handling this year’s Coke Studio productions, released a statement. “We have received a notice last evening and our legal team will respond to it through the correct channels in due course. As such, we are constrained to limit our responses in deference to the legal process initiated by Ms Maghani,” the statement read.

“Xulfi and the team at Giraffe produces and collaborates in the spirit of inclusivity and the work with Coke Studio holds the same philosophy. Xulfi’s work is not borrowed or without credit, given that what he shares with the world is work that relies on the very essence of partnership and collaboration.” 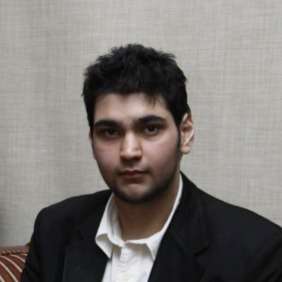