Climatic disasters are one of the natural evils that risk lifestyles. However, one must think is it nature or humans that are feeding the monster. Humanity faces many threats. However, the most powerful would be the rapid climate change.

Climate change impacts include increased heat waves, melting of glaciers, soil erosion, loss of biodiversity and sudden precipitation, all ringing the bells to take indigenous steps. What are humans gifting their generations? An exploited planet that pines for greenery, screaming for help.

The speech by Greta Thunberg leaves one in awe. Therefore, it is the need of the hour to focus on the grave issue.

As Ban Ki-Moon the former secretary-general of The U.N said, “We are the first generation to eradicate poverty and the last to protect against the worst effects of climate change.”
South Asia is no exception as well to the callous impacts of climate change. It is the region most vulnerable to be affected by it due to its geographical features and global position.

According to many historians, the beginning of the great civilization was marked from the Indus Valley Civilization i.e. 2500 BCE. Being known for its magnificent town planning and culture that the South Asians inherit, the cause of the decline of civilization is still a mystery. Mostly agree with the opinion that climate change cleared up civilization.

Humans evolve enabling the survival of the fittest. A World Bank report says that the region temperature is likely to increase 4.9 degrees Celsius by 2090. Seems like the region will continue being a victim to the menace.

Humans would be wiped out by pandemics, earthquakes, cyclones, floods, droughts and declining food crop production.

Extreme weather conditions, according to the book Climate Change vulnerability and Migration by S Irudaja, have reduced the capacity of the eco-system to provide food and livelihood security. Various other researches also account that the repercussions of climate change to be horrendous. While governments are caught in the quagmires of enhancing national security by engaging in the arms race, they have forgotten to give due importance to a non-traditional security threat i.e. climate change.

Keeping South Asia in view, Pakistan also needs to take immediate action. The incumbent government has taken special steps towards curbing the effects. These include the Pakistan Clean Air Programme that envisions better quality air with the Asian Development Board, Clean Green Pakistan that introduces electric vehicle policy to combat the emissions of greenhouse gases, 10 billion Trees Programme and Recharge Pakistan that lays the wetland systems in the country. Nonetheless, a broad-spectrum focus that contributes to tangible advancement is needed.

The country is losing annually $3.8 billion due to climate change adversity. In 2020, three days of monsoon 2020 killed at least 90 people and damaged thousands of houses according to the disaster management agency. One could wonder the threatening socio-economic impacts this evil is about to bring. Rampant flash floods, eco-system degradation, aquifer pollution and decline of flora and fauna are the inevitable consequences. Hence, large-scale actions should be taken as soon as possible.

Owing to the aforementioned aspects, some tangible steps are the need of time. Implementing the six-sector solution could help in procuring the desired results.

Keep six major sectors i.e. energy, industry, agriculture, forests, transport and building in focus, making sustainable developments programs and reforming consumer behaviour for these sectors could result in the reduction of greenhouse gases. Promote sustainable lifestyles i.e. the use of cycle, car-sharing and energy-efficient housing systems would be chemo to the cancer of climate change.
Food systems need to be transformed by introducing carbon-neutral and natural positive agriculture and reducing food waste as much as possible. Countries need to work cross-borders as the whole region becomes vulnerable to the threat. Economic diversification i.e. focusing on multiple sources of income, can be helpful for agro-based countries as well. Promoting climate sound technologies is another way to curtail the effects.

While the west is already working on and exploring the research governance options regarding climate geoengineering (CGE), Pakistan may focus on the techniques used in CGE. These include solar radiation modification (a method used for diverging the sunlight to reduce the amount of radioactive energy in the atmosphere) and carbon dioxide removal (a method used to permanently store CO2 to decrease the existing stock of CO2 in the air).

Climate change is an evil that should be nipped in bud. It is here. It is ominous. Now is the time to act. 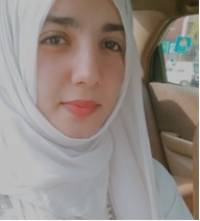