The environmental resources vary not only with technology and economic conditions but with the variety of responses to varied human values, aspirations and conflicts. The problem of resource use varies from area to area. From an economic point of view, the mineral resources of Balochistan are the considerable shales and limestones in the region. They are located in what is considered to be the region’s most significant geological formation. In most places in Balochistan, these rocks contain very valuable mineral deposits.

There are 307 coal pits and mines in Balochistan, and their land area covers 44% of the countryside. If Balochistan developed point-to-point communications, it would bring remote areas into the Pakistani national mainstream. There are 220 mining firms extracting coal at 11 sites, at an average of 20 firms per site. The mineral and resource sector only employs about 1.3 per cent of the employed persons in the province. However, the total coal resources available in the province has the potential to generate annual revenue of close to 3.4 billion US dollars.

The problem is, in the Chaghi District of Balochistan, there is an undeclared ban on local people entering the Saindak area, where a Chinese mining project is based. Even media personnel are not allowed to conduct research on Chinese-funded projects, or to highlight social issues that arise. Interestingly, the Pakistani federal government and the Chinese companies share 50 per cent of the revenue which is generated from Saindak, and the federal government is only releasing a 30 per cent share of that revenue to the Balochistan government, according to a newspaper source (Dawn report, 2018). Through the multibillion US dollar copper-gold Saindak project, the resources of Balochistan are being extracted without any transparency, which is alarming, and a big threat to the stagnant economy of the country.

The former director of the geological survey of Pakistan, Mr Mirza Talib Hassan, argues that despite this knowledge, we Pakistanis learned nothing from the Saindak project. We are repeating the same mistakes again and again. We should have been conscious about the technical aspect of the projects because, without that awareness, the massive reservoir of potential wealth will not benefit us.

Mr Mohan Malik, who is now a professor in Hawaii at the Asian Pacific Center for Security Studies, has said, “Given the ever-growing domestic consumption of gold in China, and Beijing’s interest in investing in gold and copper mining industries abroad, I will not be surprised if China makes a bid to usurp the Riko-Diq project, and proposes to pay a penalty in return for a long term lease, and claims to have ownership rights.”

Because the potential for socio-economic development in Balochistan has been ignored, due to this reason a large number of people opted to follow an alternative path; engaging themselves in disruptive and violent activities which have brought massive economic and regional tensions within the province. The primary reason for their creating such a volatile situation is economic deprivation, joblessness, and most importantly, a brute exercise of raw political power which for decades has been viewed by the residents of the province as appalling.

Social equality is the main element of sustainable development to facilitate the economic and social life of people living in destitute, deplorable conditions. While the world chases solutions to global challenges to the protection of our global ecosystem through economic development, given the income equalities evident in Balochistan, the world seems to be failing us. It is a context where our indigenous Baloch people are facing a myriad of social and economic problems, despite being rich in natural resources.

There are many reasons why Balochistan is lagging so far behind the rest of Pakistan. That lag becomes evident when one views its economic, social, and political indicators. Opportunities to get an education are very limited, and due to this, the illiteracy rate is very high. In Balochistan, more than 76% percent of the population of the rural areas are poor, and unemployment is three times higher than in the other provinces of Pakistan. Balochistan’s case looks to be different from the other provinces, since Pakistan is a labor-abundant and redundant labor force country, and its population is relatively smaller. It has a large surface area, with strong economic capability. It could easily have room for its indigenous labor force. For example, per capita income GDP in Balochistan in 2014 and 2015 was Rs,31000, while during the same time per capita GDP in Punjab, KPK and Sindh were relatively higher, i.e. Rs. 54,672,69,417 and 53,000. The misery is, the average workers of Balochistan produce 1/3rd of the total production of Sindh Province, and those same average workers continue to be around 25% as productive as an average worker in KPK and Punjab.

The reforms are necessary, because the pervasive sense of deprivation in Balochistan is being ignored, and it is being treated like a colonized nation, that has developed an impoverished self-concept, which has become entrenched in the hearts of all ethnic Baloch people. Unfair treatment of the ethnic Balochs has brought about political, social and economic deprivation within the state, and it can only be resolved by their social inclusion, political freedom and economic independence at the provincial level.

Moreover, as a prerequisite to that positive socioeconomic change, it is imperative to empower Balochistan by giving it control over its resources, to make it possible for Balochistan to enable itself to create employment opportunities for its local population.

Pakistan should learn from the history of China’s development projects in Africa, which on the surface seem to exist for oil and mineral extraction. Chinese development support for Africa is turning out to be favoring China’s long-term goals: African countries are gaining less, while China is getting more. Their infrastructure leads to deleterious effects for Africa, even though the projects are based on a mutual consensus regarding the need for infrastructural development within Africa.

About Author:
(Ejaz Magsi has recently completed his master’s degree in Sustainable International Development at Brandeis University USA). His interest for writing developed since he started working in the development sector in Pakistan. Find him on Twitter here: @ejaza543) 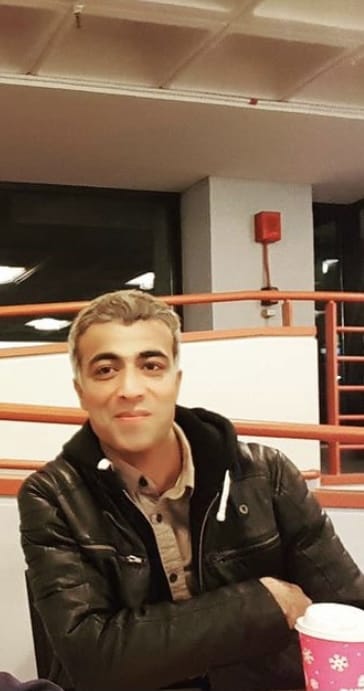